Flagstack is a GPS based game that can be played for free and worldwide by any player who registers via the webpage or the app.

A player uses a mobile devices and the app to locate physical and mostly virtual items (flags) on the map. Those flags are mostly fixed to particular GPS coordinates and a player in close proximity can collect them and receive virtual points for it. The flags will be marked as collected in the player’s account and remain on the map for other players to collect.

The more points a player collects the higher the level ranking will be. At low levels a player only requires a few points to move to the next level, higher levels more points are required.
In the beginning each player will receive a credit of 50 green (virtual) flags in their account and is able to deploy them for others to capture straight away.

In addition, the system will generate 10 Welcome flags on the map within 500 metres of the first login in order to enable the player to practise capping flags and familiarising themselves with the app. Be aware that these Welcome flags can only be seen for that individual player and they will also remain on the map for only 1 week.

For every capture of a flag and deployment of a flag the player will receive point credits based on the individual flag types (see flag types and corresponding points below). If another player captures your own flag you also receive corresponding cap-on points.

A special reward is given by the system automatically for every 1000th capture of a flag worldwide. These rewards will be randomly selected from a pool of options and include, bonus points, x minute double point period…

Team Battle:
A player can also participate in a monthly team battle. Every team has to have between 3 and 5 players. You need to have level 35 to be Team leader and level 25 to join a team. There will be three factions that the individual teams will belong to The Noble Alliance, The Mighty Syndicate and The Cartel who are more neutral. Once the Team has decided to join the Alliance or Syndicate it is locked forever. A Team in the Cartel can move once into the Alliance or Syndicate which will be then locked. So this mean the faction stays with the team not the player so after a battle (which lasts one month) a player can join a different team that belongs to a different faction. The team leader could also choose to retire the team altogether and join or found another Team.

So at the beginning of the Team battle HQ of every team will get a Team flag. This will be determined by the most used login location of the Team leader. The system will give you 10 options (on public streets) to choose from that should be very familiar to the player. The Team leader will need to verify the HQ flag by capturing it before the Team battle starts.

So in the beginning you need

The main aim of the battle is then two-fold capture the HQ flag of other teams (especially of the opposing faction) and try to defend your own. When you (Team A) try to capture another Team’s (Team B) HQ flag every member of that Team will be notified and has 60 minutes to defend their flag (re-capture). If no defence takes place the flag from Team B will be located at HQ from Team A. To regain the flag you can do four things.

1. You can go to HQ of Team A and capture your own flag back (which triggers a 15 minute period to for Team A to respond to keep the Flag of Team B where it is).
2. You can use a Jailbreaker using Team credit (1000)
3. Just wait and after 1 week the flag will be reset.
4. Another Team C can capture the flag at HQ of Team A which will reset your flag back to HQ of Team B.

Any Team can only try to capture another Team’s HQ flag once every 24 hours (full 24 hours). If the attacked Team defends you have to wait another min 24 hours before you can attack again.

Every day the Team gets Team credits awarded if the own flag is still at HQ and for every flag that is at HQ from another Team. Those credits can be used for in-game items such as a Jailbreaker and others. In addition there will be credits every day for any other stolen HQ flag that remains at your HQ.

There will be also individual credits and Team credits for any successful capture of another HQ flag or a successful defence of your own HQ flag.

In addition, every Team will also awarded for every deploy and capture of ordinary flags. One award for every capture and deploy irrespective of the flag type.

There will be a Team/faction leader board that will be updated every 10 minutes. The Team with the most credits at the end of the month wins. The credits will then be equally divided amongst all Team members, which they can use on the game of Flagstack. For the new battle every Team starts at zero credits again. The credit counter for the three different factions will continue independent from the individual Team battles.

Just use your imagination, form alliances, make use of your players abilities (i.e. home-bound players will be a good choice for the location of your HQ flag, players that travel a lot will be a great assess for capturing other Team’s HQ flags).

Learning by doing! If you have any question please make use of our volunteers and Flagstack staff, either by email, PM on the forum, Facebook groups… We will leave no one behind. Everyone can contribute to the Team Battle. 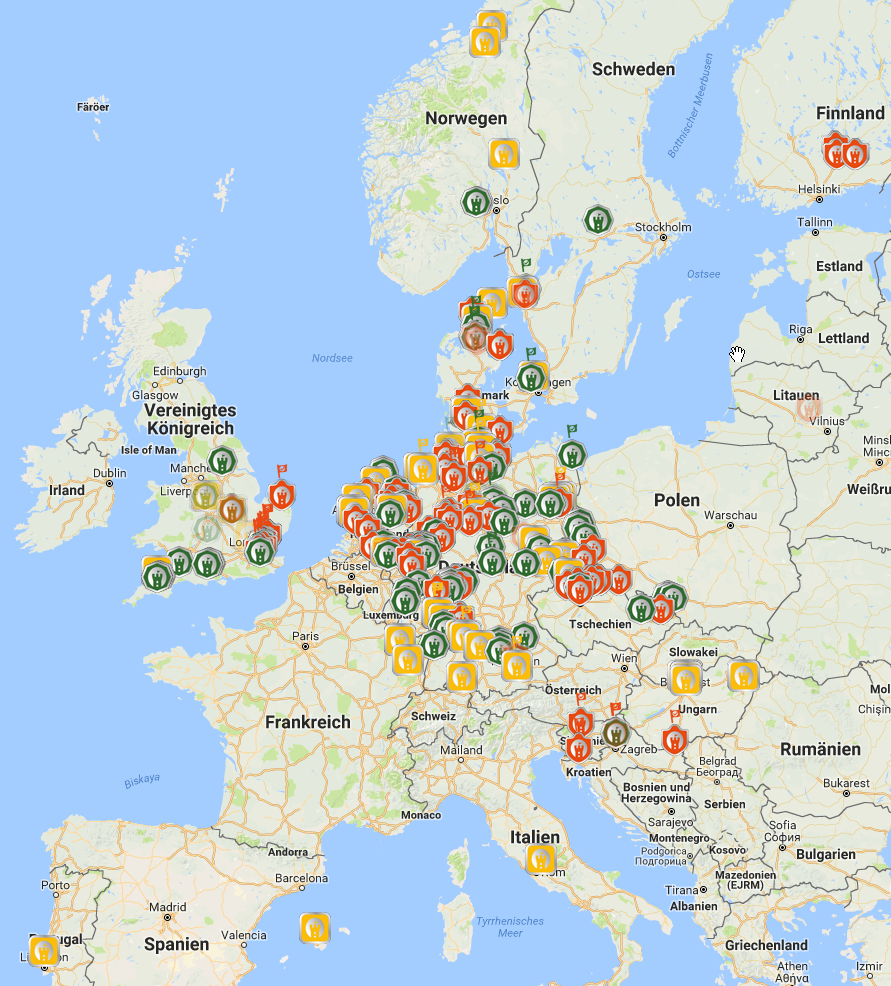